Great Southern Mining is set to launch its maiden drill program at the historical Cox’s Find gold project near Laverton in WA. The historical mine produced some 76,000 ounces of gold at an absurdly high 22.6 grams per tonne for WMC, close to 80 years ago. The program forms the first substantial exploration in 25 years and the first drilling below 60m depth. 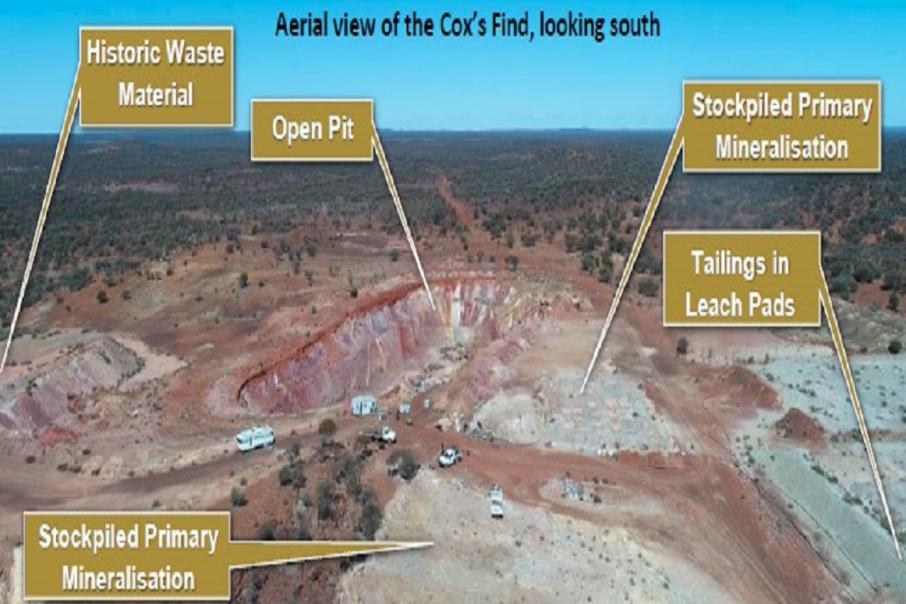 The company has strategically increased expenditure on the project and has now expanded the planned program from 2000m to 5000m worth of diamond and RC drilling with the campaign now set to kick off in the coming week or so.

Interestingly, Great Southern geologists appear to have sniffed out an ultra-high-grade mineralised zone that was historically recognised during underground development drives but was never drill tested.

With old records eluding to “high-grade-quartz reefs” in the area and known production grades of over 22g/t, the Great Southern technocrats will no doubt be reaching for their hand lenses as the first run of drill core comes to surface during the upcoming drill campaign.

Great Southern Executive Chairman John Terpu said: "it was an easy decision to allocate additional funds to expand the drilling program. The immediate down dip and along strike potential of the historical workings combined with our updated geological exploration model suggests that we have a strong chance of finding additional analogue systems on our tenement package.

WMC mined the underground material by hand and with a historic cut-off grade of 12g/t gold. Add to this the material on surface and with operating mills being less than 15km away, Cox’s Find is a compelling Project that provides tremendous exploration upside for shareholders and investors.”

The company now has three key areas for drilling to focus on – the Cox’s Find historical workings, regional targets and gold-bearing stockpiles and waste materials that were left behind by previous miners at a time when the gold price was not all that impressive.

Stockpiles of primary gold mineralisation left behind at surface by WMC, were found by Placer Dome to have an average grade of 1.7g/t gold, a grade that would normally warrant mining.

Heap leaching pads hold an average grade of 1.3g/t gold as determined by Great Southern’s recent drilling. These heap leaching pads processed ore at a head grade of approximately 22g/t gold and it is therefore reasonable to expect these pads may still have some grade left in them that never made it to the mill. This is material that the company may be able to re-process in order to get its foot on some quick and easy cashflow, a windfall for any prospective miner.

Historical “waste dump” materials from the 1940s were also sampled by the company and were found to hold an average grade of 0.6g/t gold. In today's gold mining age, 0.5g/t gold is considered a reasonable cut-off grade. How times have changed from the days of WMC’s incredible 12g/t gold cut-off grades.

The company will continue to evaluate and quantify the tonnages and grades of the stockpiles, leach pads and waste dump materials with the upcoming drilling.

Any success with these at surface ores will be a shot in the arm for any future mining activity as they will allow the company to get straight into cashflow without the burden of moving waste ore in a traditional mining operation.

Those funds could then be used to fund any future pre-strip activities, thus potentially limiting future capital raises.

The impending drill campaign represents the first exploratory work in over 25 years at the project and the first drilling of any kind below 60m depth.

No doubt pulses will start to quicken a little on-site when the first rocks start emerging from the ground during the upcoming campaign.

Cox’s Find has an enviable location in a world-class mineral district that is within trucking distance of all the infrastructure a good gold mine requires. Interestingly, one of Great Southern’s notable neighbours is Regis Resources’ multi-million-ounce Garden Well gold mine.

Ex WMC assets have been the gift that keeps on giving for WA’s small-cap mining sector and it wouldn’t be too much of a stretch to believe that this former WMC asset could also rise like a phoenix from its historical ashes.