Industrial technologist, Aurora Labs, is finding there is plenty of global market interest in its ground breaking, uber-fast RMP-1 metal 3D printer, with the company now in early negotiations with a number of industrial players wanting to know more about its printer’s capabilities. The WA outfit recently touched base with potential new clients at Formnext, the world’s leading additive manufacturing exhibition in Germany. 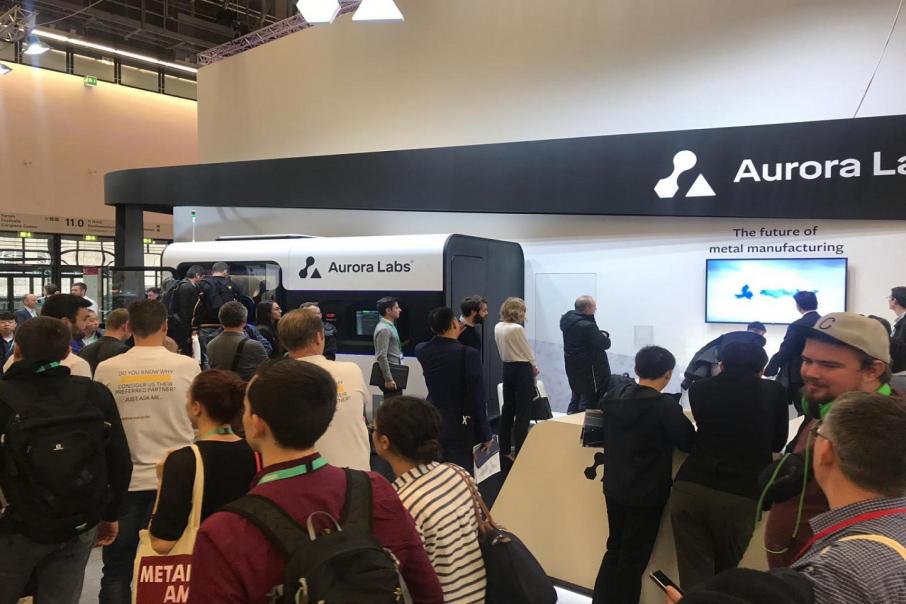 The WA-based company, which specialises in the development of 3D metal printers, powders, digital parts and their associated intellectual property, has started initial negotiations with a number of international industrial players that have shown an interest in buying an RMP-1 3D printer, subject to successful test printing programs.

The test programs will include the production of sample parts by the RMP-1 that are to be manufactured by Aurora under commercial terms.

The company says there was not short of potential clients when it recently visited Formnext, the world’s leading additive manufacturing exhibition in Frankfurt, Germany.

Although nothing is set in stone, this development could well cap off what has been a busy and productive year for the Aurora as it advances both its RMP1 and Multilevel Concurrent Printing, or “MCP”, technologies.

During the first quarter of 2019, Aurora successfully completed the rapid manufacture of a series of 10 millimetre high, titanium hexagon parts using its MCP technology, which will be a prominent feature in the company’s RMP-1 printer.

Then, in October, it announced it had entered into an agreement to supply a RMP-1 Beta metal printer to AdditiveNow Pty Ltd, providing it with its first cash flow from large format printers.

The ability of Aurora’s machines to print successfully at revolutionary print speeds is essentially what has attracted this significant global interest.

Before the German show, the company was already in advanced discussions with 21 potential customers looking to pre-purchase an RMP-1.

“In my view there is genuine excitement at the performance of the RMP-1, which is leading the world in speed, output size and product quality.”

“We expect to conclude commercial arrangements to undertake the sample test production program soon and look forward to keeping the market informed of developments.”

Is your ASX listed company doing something interesting ? Contact :