ASX-listed Troy Resources has reported promising reverse circulation drilling results from its Gem Creek prospect, north of the company’s 100 per cent owned Karouni gold operations in Guyana. Notable shallow drill hits such as 1m grading 7.5 grams per tonne and 5m at 5.36g/t gold have been recorded over an identified 500m of strike with mineralisation said to be open in all directions. 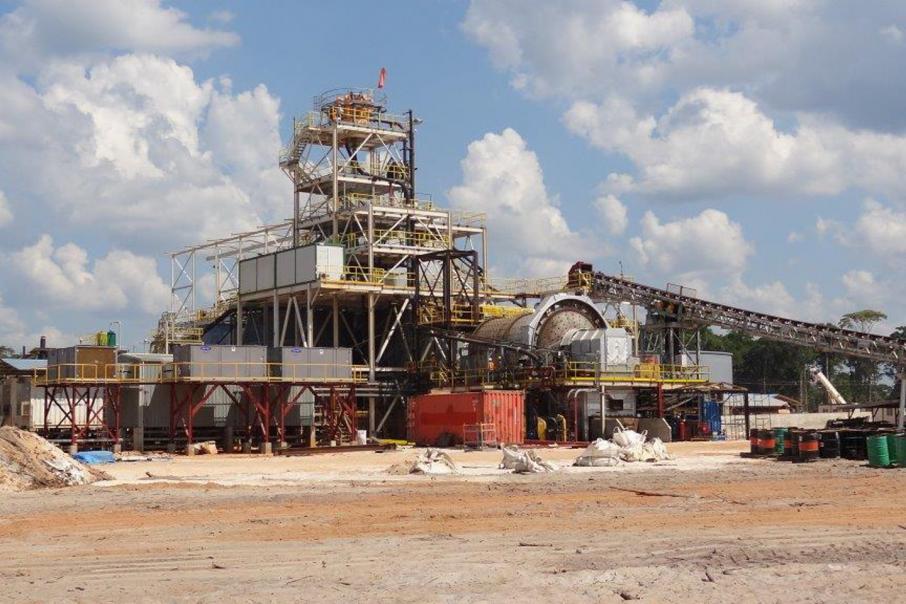 ASX-listed Troy Resources has reported promising reverse circulation drilling results from its Gem Creek prospect, north of the company’s 100 per cent owned Karouni gold operations in Guyana. Notable shallow drill hits such as 1m grading 7.5 grams per tonne from 32m depth and 5m at 5.36g/t gold from 40m have been recorded over an identified 500m of strike with mineralisation said to be open in all directions.

Management says Gem Creek has been the subject of relatively modest exploration over the past two years or so. However, a total of 160 RC drill holes over 6km of strike extent on the Goldstar-Gem Creek corridor is said to have identified numerous zones of interest, with mineralisation of relatively good grade in a package of dominantly mafic rocks with interacted sediments.

Troy completed one diamond drill hole in the western part of the Gem Creek area in March this year. It reportedly intersected a broad 74.5m-wide felsic intrusive that returned an assay of 68m at 0.68g/t gold from 105m. Management says analysis of the core suggested the felsic body intruded along the contact of older mafic volcanics with younger sediments. Importantly, the felsic interval was mineralised throughout, with some higher-grade sections in domains of increased alteration.

The company’s follow-up RC campaign was designed with holes planned to intersect the upper contact between the mafic volcanics and younger sediments. Mineralisation in one of the new RC drill holes was said to be associated with the same mafic-sediment contact intercepted in the earlier diamond drill hole.

According to management, the lithological contact can be traced from Goldstar, 5km to the south-east, where the basalts are said to be magnesium-rich, towards the north-west into Gem Creek. The upper contact appears to be mineralised in locations where strike changes have been recorded, the company says, indicating a strong lithological and structural control on mineralisation. The follow-up campaign focused in an area where the upper contact changes direction from a north-west to a north-south strike orientation.

Troy acquired the Karouni project in 2013 and since July 2017 has produced more than 150,000 ounces of gold from the Smarts and Hicks open pits. The 288,000-ounce underground resource below the Smarts open pit has an average grade of 3.3 grams per tonne gold and is expected to become the primary source of feed for Troy’s Karouni mill. The company is in the final stages of concluding a pre-feasibility study for what will be the first underground mine in Guyana.

Guyana is a relatively young exploration jurisdiction with many positive national attributes that make it attractive to exploration. The country sits on the Guyana Shield, a geographical region that shares continuity with the famed gold districts of West Africa, and yet the country has been historically underexplored compared to its counterpart on the other side of the globe.

A new joint venture agreement with global gold major Barrick Gold Corp will see Barrick target tier-one gold finds in the southern part of Troy’s Karouni ground, including around the exciting Potaro prospect, while the Australian company continues to explore and develop in the north.

Barrick tipped US$1.2m into Troy for a 4.9 per cent stake in the company and can earn up to 51 per cent of Karouni by completing exploration milestones and a pre-feasibility study. The major’s primary exploration focus is Potaro, a new target under sand cover about 25km from Troy’s operating Karouni gold plant.