ANALYSIS: The dumping of Peter Tinley from the ministry was one topic premier Mark McGowan struggled to explain adequately today. 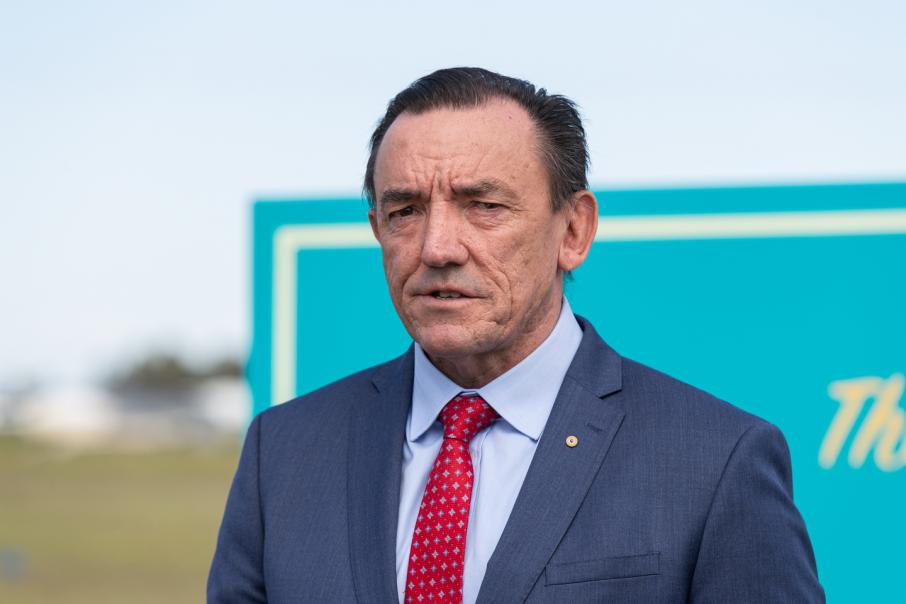 Peter Tinley was the only minister dumped by Mark McGowan.

ANALYSIS: The dumping of Peter Tinley from the ministry was one topic premier Mark McGowan struggled to explain adequately today.

Just more than two years ago, Mr Tinley appeared to be on the up and up.

In December 2019, the premier announced Mr Tinley would take over the fisheries portfolio from Dave Kelly.

That was on top of his existing portfolios of housing, veterans issues and Asian engagement.

The change came after Mr Kelly raised the ire of the fishing industry by proposing major changes to the management of lobster quotas.

That caused one of the McGowan government’s biggest controversies.

Why then, when the government has been re-elected with an increased majority, has Mr Tinley been dropped from the ministry and Mr Kelly retained?

I asked the premier today whether the change reflected on the talent of the two men, or was it down to their factional influence?

That’s true, as five talented and mostly younger people have been added to the ministry.

Asked again why it was Mr Tinley who was dropped to make way for new talent, the premier said he should be thankful for the time he did serve in the ministry.

“Most [members of parliament] don’t get to be a minister,” he said.

“To have been a minister is an enormous privilege.”

Asked a third time about this choice, the premier extolled Mr Kelly’s years of service.

“He also has been someone who has taken on some difficult jobs over time.”

The sensitive topic the premier failed to address was the factional powerbase of the two men.

He was a long-serving union leader prior to entering parliament, rising to be state secretary of the United Workers Union (formerly United Voice).

This union, along with the Australian Manufacturing Workers’ Union, provides the left’s powerbase.

It’s no coincidence that WA Labor’s state president, Carolyn Smith, is the current state secretary of the United Workers Union.

Mr Tinley, who hails from Labor’s right faction, also had a stint as state president.

At one point, he also fancied himself as a potential parliamentary leader, effectively a rival to Mr McGowan.

However he didn’t have enough support when the premier had to find more room for new ministers.

Three of the new ministers - Amber-Jade Sanderson, John Carey and Don Punch – hail from the left.

Ms Sanderson was assistant state secretary of the United Workers Union prior to entering parliament while Mr Punch is aligned with the AMWU.

Like the premier, new minister Reece Whitby is not factionally aligned.

What he does have is personal backing from the premier, for whom he previously worked as a media adviser.

Another new minister, Tony Buti, is loosely aligned with the right faction, the same as Michelle Roberts, who has become speaker of the Legislative Assembly.

Like the other new ministers, he is considered to be a highly talented addition to the ministry.

These selections indicate there are constraints on the premier.

He is enormously powerful after his sweeping re-election but does not have unfettered power.

To put all of this in context, readers should not equate the left faction with extremist or militant unions.

Notably, the Construction Forestry Maritime Mining and Energy Union (CFMMEU) sits outside the left in WA.

Christy Cain, who until recently was WA branch secretary of the Maritime Union of Australia division of the CFMMEU, has been one of the premier’s most vocal critics.

Mr Cain was a prime mover in the establishment two years ago of the Progressive Labor faction, which basically encompassed all unions outside the left.

The left’s policy influence is apparent in the premier’s strong push to revive railcar manufacturing in WA: a policy that also accords with a long-held desire to diversify the WA economy.

Its influence is also evident in Labor’s reversal of privatisation.

As water minister, Mr Kelly announced that three contracts awarded by the Water Corporation to private contractors have been brought in-house.

The same thing has been done in the health portfolio, where three contracts held by Serco have been brought in-house.

These changes have brought more than 1,000 jobs back into the public sector.

And who might benefit? The United Workers Union, of course.

To read more about Labor’s factions, click on Jordan Murray’s article from earlier this week.