Delecta Limited has reported high grade samples going up to 7.1% cobalt and 12.4% copper from its new Highline project in southern Nevada, USA. The project is surrounded by 4 historical cobalt mines in the Goodsprings district and initial geological mapping has outlined the potential for multiple lodes of mineralisation adjacent to the Highline mine workings. Highly anomalous zinc and lead assays were also returned from the Pocahontas claim.

Perth based junior explorer Delecta Limited has managed to back up historical reports that show very high-grade cobalt and copper samples on its new ground in Nevada, USA.

This week the company released the results of a number of exciting looking rock chip samples and the numbers have not disappointed.

Best amongst them were 7.1% cobalt and 12.4% copper taken from Delecta’s optioned up Highline project, located near Las Vegas.

The mineralisation appears to be hosted within dolomite-rich limestone at the Highline project and initial reconnaissance geological mapping has outlined the potential for multiple stacked ore lodes around the historical mine workings.

The claims are adjacent to ASX-listed New World Cobalt and Tyranna Resources’ land holdings, with those companies also on the hunt for cobalt and other base metals mineralisation in the district.

The company has entered into a binding option agreement to acquire a 100% interest in the Highline and Pocahontas project claims from a private vendor and it has a 90 day option period to complete its geological review of the land holdings.

Delecta has taken other rock chip samples from the Highline project area with assays still pending.

The company is currently undertaking satellite and aerial photo interpretations to gain a better understanding of the regional and local geological setting and mineralisation controls of the Highline project area.

Starting in late October, detailed geological mapping and sampling will be undertaken on the Highline claim group to target and test the boundaries of the existing mineralisation and to search for other potential ore zones.

Additionally, stream and soil sampling will be completed to determine further exploration targets.

If warranted, ground geophysical surveys may then be considered to test for extensional ore zones or potential “blind” mineralised horizons.

Delecta M.D. Malcolm Day said: “I am very pleased with the results released to us by the vendor. It reaffirms our commitment to the project and demonstrates the high grade nature of the mineralisation.”

The project vendor has also completed limited rock chip sampling at the Pocahontas claim about 6km northeast of Highline and although cobalt and copper results were not elevated, highly anomalous zinc and lead assays were returned from these samples.

Delecta’s upcoming exploration program will include geological mapping and geochemical soil sediment sampling to define the extent and potential of the anomalous horizon that hosts the base metal mineralisation at Pocahontas.

Importantly, the Pocahontas claim lies just 1km north of the Yellowpine-Prairie Flower mine, which was the largest zinc, lead and silver producer in the Goodsprings district.

Further mining also took place up until 1949, but no further production records are available, according to Delecta.

The company appears to be onto some interesting looking ground here in Nevada and will no doubt use all modern exploration techniques at its disposal to determine just what the old timers may have left behind. 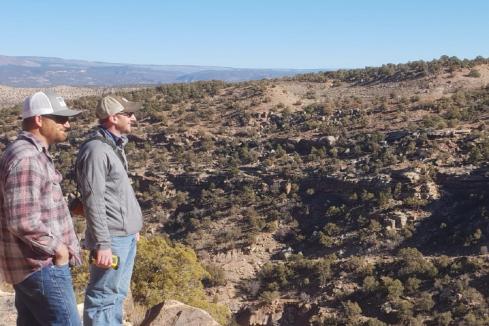 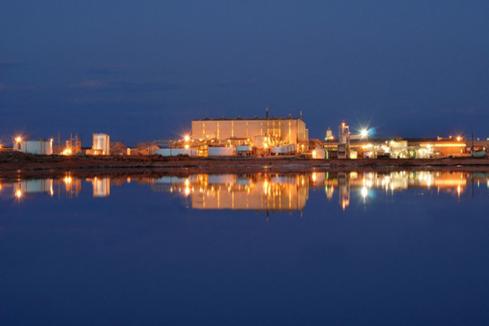