Unlike some of his peers, the 1980s entrepreneur had some notable positive achievements. 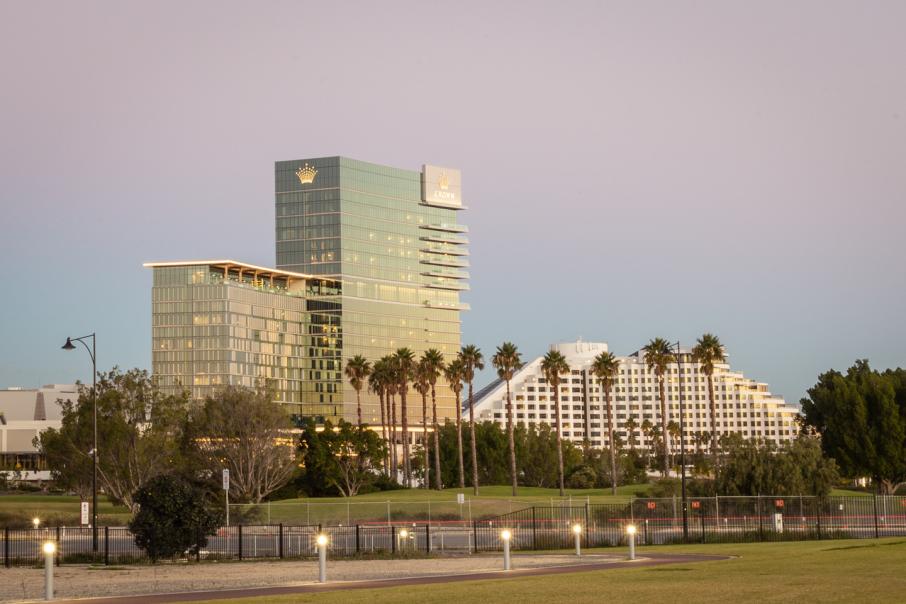 Crown Casino sits on a site that was once an unsightly rubbish tip. Photo: Gabriel Oliveira

Perth entrepreneur Dallas Dempster was the quintessential Liberal Party member who probably ended up donating more money to the Labor Party. After all it was the 1980s.

But unlike some others in the 1980s who gave the term entrepreneur a bad name, Mr Dempster – who died on September 21 aged 80 – had some notable positive achievements.

They included converting the eyesore that was the Burswood Peninsula – for many years an unsightly rubbish tip on the CBD’s eastern doorstep – into the home of Perth’s casino, and the landscaping of the site to initially include a popular golf course.

It was this vision for the peninsula that former Liberal premier Colin Barnett pursued as the site of the $1.6 billion stadium that so brilliantly hosted the AFL grand final.

Mr Dempster’s snap decision in early 1983 to seek a meeting with the new Labor premier, Brian Burke, in which he planned to tender his resignation from the Rottnest Island Board, changed the course of his life.

He had started rising through the Liberal Party’s ranks. President of the Dalkeith Young Liberals, he then became state president and also deputy chairman of the party’s finance committee.

When Mr Burke was elected premier, Mr Dempster said he thought it useful to seek a meeting before resigning from the Rottnest board. He ended not only staying but eventually becoming board chairman.

Mr Dempster said: “When I told Burke I was quite happy to resign he went across, closed the door and said ‘my office has been inundated with Liberals and you are the first person to come here and offer to resign. The rest of them want favours and say they will work with me. And you’ve just said the opposite. I respect that’.”

From there they developed a close working relationship. So close in fact that when Mr Burke decided to call expressions of interest for the first licensed casino in Perth, it was thought the Dempster bid had a walk-up start.

Not so, according to Mr Dempster, who had nominated the peninsula site, which he was prepared to buy and rehabilitate.

But he was horrified when the government subsequently announced that every applicant should assume that’s where the casino would go.

Mr Dempster was also a generous donor to Mr Burke’s Leader’s Account. According to the WA Inc royal commission report, he kicked in $512,000, and his casino company a further $300,000.

However, another business venture, the Kwinana petrochemical plant (PICL) in which he went 50:50 with Laurie Connell of Rothwells, did not end happily.

In a convoluted business scheme in late 1988, the Labor government said it would buy the concept – in association with Bond Corporation – for $400 million. Mr Connell would get $350 million, and Mr Dempster only $50 million.

When Mr Dempster protested, noting they had been equal partners, he was warned he could end up with nothing.

The plan was simply a wasteful subterfuge to prop up Mr Connell’s company, which went into provisional liquidation soon after.

Full marks to Lord Mayor Basil Zempilas for exploiting the pizzazz linked with the AFL grand final to help breathe new life into the city.

Conversion of Forrest Place into “Footy Place” was just one example. The crowds loved it.

Now the Lord Mayor must use the momentum generated for other activities. They include restoring Forrest Place as the nation’s premier outdoor election forum.

For years it hosted federal political leaders such as Robert Menzies, Herbert Evatt, Harold Holt, John Gorton and Gough Whitlam, along with their WA counterparts such as David Brand, Bert Hawke, John Tonkin and Charles Court. And voters turned out in their thousands.

An ugly reception when Mr Whitlam campaigned in support of the Tonkin Labor government in the 1974 state campaign saw the demise of Forrest Place as an election forum for “security reasons”.

But the whole area has since been redesigned.

Mr Zempilas is on a roll. Get a fresh security assessment by all means, but having Scott Morrison and Anthony Albanese promoting their parties in Forrest Place early next year during what’s shaping as a tight federal contest  should prove a hit.