Restaurants, gyms and beauty parlours will be required to keep contact registers from next month despite the state government refusing to say when WA's border will fully reopen. 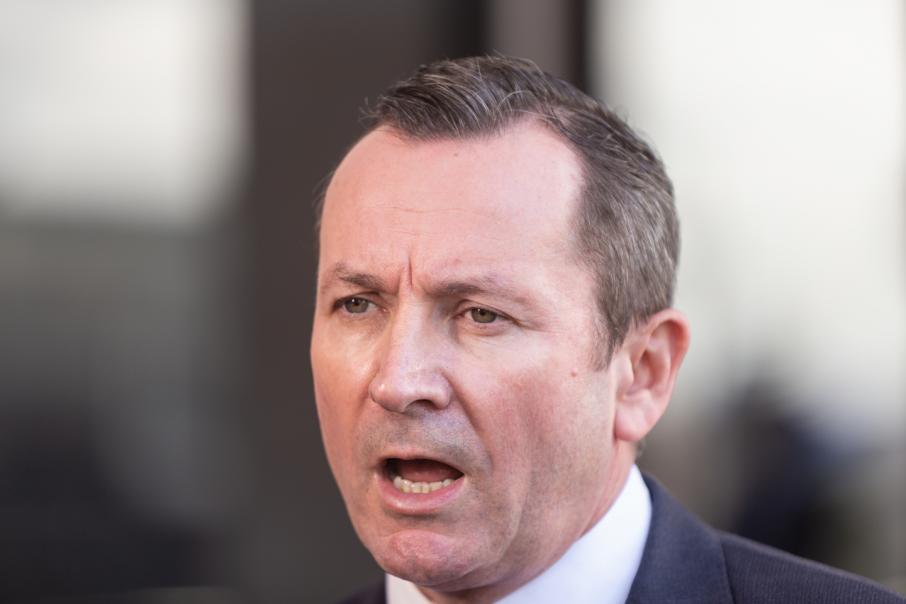 Mark McGowan says COVID-19 is going to present a threat to WA for some time. Photo: Gabriel Oliveira

Restaurants, gyms and beauty parlours will be required to keep contact registers from next month despite the state government refusing to say when Western Australia's border will fully reopen.

Announcing the news this afternoon, the state government said a wide variety of businesses, including licenced venues, places of worship, cinemas and auction houses will be required to record the details of staff and patrons for future contact tracing efforts.

Businesses will be supplied a state-sponsored app, SafeWA, to help manage this system.

Details will only be used for contact tracing and will be erased after 28 days.

Use of the app will not be mandatory, however, all businesses who opt out of the system will be required to maintain a written system.

“Unfortunately COVID-19 is going to present a threat to our lives and livelihoods for some time, so it is important we have the systems in place to keep us safe in the longer term,” Premier Mark McGowan said.

“As a government, we are committed to making sure businesses can keep doing business in a COVID-safe way, no matter the impact of the virus around the world.”

Industry bodies, such as Tourism Council WA and Chamber of Commerce and Industry of WA, welcomed the move, with CCI WA chief executive Chris Rodwell calling the move an appropriate trade-off for WA businesses.

"Providing a free ‘SafeWA’ app to supply QR codes is a suitable way to enable WA businesses to comply without substantial inconvenience," he said.

Today’s announcement comes after the state government sustained heavy criticism over the past six months from business and federal political figures who said WA was not prepared for a COVID-19 outbreak should it reopen to the rest of the country.

Health Minister Roger Cook has repeatedly tackled these criticisms and last month pointed to efforts to test wastewater for the virus as proof the state was taking the threat of an outbreak seriously.

Mr McGowan said today's announcement was seperate from any decision to reopen to other states.

WA has now gone more than six months without a single instance of community transmission of COVID-19, and has in that time relaxed internal restrictions while maintaining strict border controls to prevent the virus re-entering the state.

Newly minted opposition leader Zak Kirkup yesterday told reporters there would be no difference in position between the state government and the Liberal Party WA on COVID-19, a reversal of the party’s roundly criticised stance on the issue throughout this year.

While the state government had previously said reopening to other states and territories would depend on them going 28 days without recording a case of community transmission, Mr McGowan today said this referred to a threshold, and did not necessarily mean WA would automatically reopen to jurisdictions once they met that criteria.

Mr McGowan said advice would be given at the 28-day mark, taking into account a host of factors including whether a jurisdiction is testing wastewater, its border restrictions and the general outline of its testing regime.

He said WA's economy would suffer if COVID-19 were to return.

"We'll be cautious and we'll be careful, and we won't take risks, and we'll adopt those principles the whole way through," he said.

Mr Rodwell said the economic impacts of COVID-19 had been severe and that WA should follow the standard it set on October 30 of reopening to states considered to be of low risk.

"It is important that WA’s recovery is not undermined or delayed by remaining a closed economy for longer than required by health advice," he said.

Assuming trends hold, Victoria will go 28 days without recording a case of community transmission on Friday, and New South Wales will do the same next Saturday.

South Australia has until December 22 to meet the state government’s threshold, given it recorded one new case of community transmission yesterday, however, all of its cases have been linked back to a known source that escaped from a hotel quarantining facility.

There are now 27 active cases of the virus in the state.