WA’s economic outlook is more optimistic than those of other states, mainly due to its food, energy and minerals exports. 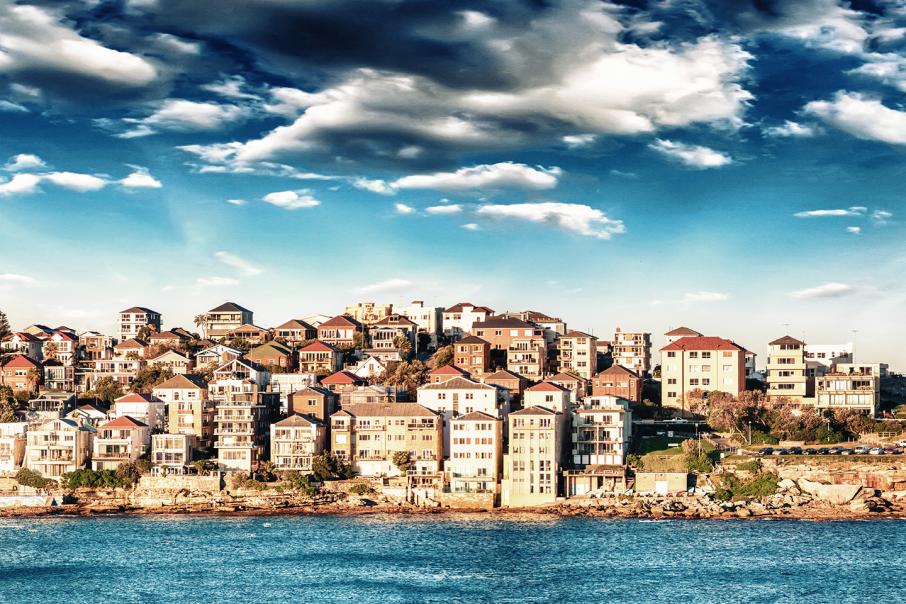 WA has already had its property crash, while the high-flying Sydney and Melbourne markets will be hit just as banks tighten lending.

WA’s economic outlook is more optimistic than those of other states, mainly due to its food, energy and minerals exports.

In the earliest days of European settlement of Australia, the western third of the continent narrowly avoided becoming a French colony, with reminders of those first contacts found in many of the names of natural features, particularly in the South West.

And while history shows the British became the colonial power and English the dominant language, today a French expression best describes the status of Western Australia relative to the rest of the country – vive la difference.

Translated into English it means ‘long live the difference’, and has been used traditionally to praise the contrast between men and women.

In terms of regional Australia, the expression also highlights the difference between the country’s east and west.

This difference is not always in WA’s favour, of course, as the staggeringly unfair allocation of revenue collected by the GST over recent years demonstrates; but there is a more recent trend developing that will tilt the field very much WA’s way.

The difference could be so profound that, over the next five years, WA might ditch its unwelcome rank as the Cinderella State (never gets invited to the ball) reclaiming a position as best in class.

A lot could go wrong as the financial world shudders under the weight of tightening credit conditions after a decade of easy money, with financial problems compounded by the US versus China trade war.

But if you tick off the differences between WA and other states, especially NSW and Victoria, the outlook for the state becomes quite bright.

Property values are the first area of divergence between east and west. In WA, the big fall in values has already occurred. In effect, WA has had its crash after the unsustainable boom of almost a decade ago.

Sydney and Melbourne are in the first stages of their crash, and it’s going to be a ripper, because not only did their values fly far too high, they have started to fall just as a banking crisis has developed.

It’s the banking crisis, caused largely by bankers behaving badly, which will magnify the eastern Australian property crash because banks are putting up the lending shutters, making it harder for customers to get loans.

WA will not escape the damage flowing from the credit squeeze because the banks will restrict lending everywhere as they are forced to focus on repairing reputations and balance sheets. This will probably be without assistance from government, which will be more interested in prosecuting bankers than propping up their businesses, as happened after the 2008 crisis.

Tight credit conditions, and the near certainty of a change of government in Canberra next year, mean the banking industry itself will suffer a meltdown; and that will be very much a Sydney and Melbourne event because WA doesn’t have a banking industry, just branch offices.

The downturn in the property sector, if an incoming Labor government changes negative gearing rules, could be even deeper than a simple credit squeeze because investors will suddenly find property much less attractive, dumping properties as they head for the exit at the same time.

Job losses and pay cuts in the east coast banking sector are likely to be substantial as the industry is reshaped by customer and government pressure, which could include the forced divestment of their superannuation business units.

Manufacturing, another huge difference between east and west, is heading for a crisis of its own as energy costs along the east coast rise into record territory thanks to government actions that have banned gas exploration and development, forced the closure of coal-fired power stations, and placed all the energy eggs in a renewables basket.

In theory, the renewables experiment could work, but it will take time to prove that solar, wind, geothermal, hydro and tidal power can deliver the sort of low-cost, reliable, bulk-power that factories need, sometimes on a 24-hours-a-day basis.

WA’s once-small manufacturing sector will not suffer any pain because of an energy surplus flowing from a mix of sources that include coal, gas and renewables in a sensible mix that ensures reliability and a gradual shift to less-polluting energy sources.

No bank head offices, a property market that has had its crash, and little manufacturing (apart from mineral processing) are what might be called the negative differences that set WA apart from the rest of the country.

On the positive side of the ledger, there are growth industries that should ensure the state gets back to its cracking growth rates of a decade ago, not least because it remains a major supplier of raw materials to the fast-growing economies of Asia.

In very simple terms, WA has what might be called a FEM advantage, and that’s what the state does best – food, energy and minerals.

Food is from a highly efficient farming and fishing sector that is a well-established supplier of wheat (and other grains), meat and a wide variety of fish – with the potential to do much more in the ocean given the 10,000-kilometre coastline.

Energy is from the world-class reserves of gas in the north and the immense potential for solar power from an outback with more sunlight hours than almost anywhere else on the planet; and that’s before considering the development of a world-class lithium industry to feed the fast-growing new-energy sector driven by electric cars.

Mineral wealth is what already underpins the national economy, even if people in Sydney and Melbourne don’t realise where the country’s cash really comes from. Iron ore is the obvious leader, but alumina, titanium and nickel are complemented by gold, which is roaring back into favour as global uncertainty builds.

Not everyone will appreciate the suggestion that WA is the FEM state, and it would certainly look a bit odd on vehicle licence plates, but it is the food, energy and minerals of WA that provide the essential difference to the rest of the country, and which will ensure a faster growth rate than other states over the next five years.

Property is not the only asset class in decline, with car sales also crumbling as banks tighten lending and households tighten their budgets.

Total new vehicles sales across Australia have declined in each of the past six months, the longest losing streak in at least three years, causing the online car retailing leader, carsales.com.au to issue a profit warning.

National new car sales in September were down 5.4 per cent, a significant acceleration on the 1.5 per cent fall in August, but slightly better than the 7.8 per cent drop in July.

The slump is also reflected in the share price of carsales.com.au, which has fallen by 24 per cent in the past two months from $16.25 in late August to around $12.34.