Bougainville's untapped potential for gold and copper continues to build if ASX-listed Kalia Ltd's geophysical reports are anything to go by. Kalia recently snapped up the first exploration permits released on Bougainville and have wasted no time reworking old data which has revealed anomalies similar to those associated with some of the world’s biggest copper-gold mines, according to management. 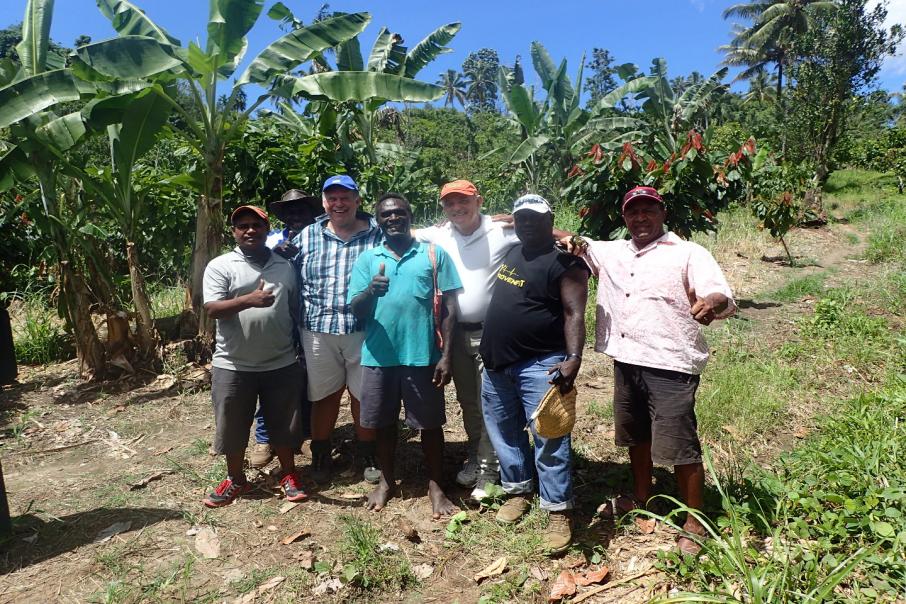 Reprocessing of decades old airborne geophysics over one of Kalia’s two new exploration licences on Bougainville Island has revealed anomalies comparable with some of the world’s greatest copper deposits according to company management.

The ASX-listed junior explorer revealed this week they had reprocessed old data from a 1986 airborne geophysical survey, which was originally conducted by Germany’s National Geoscience Agency for the PNG government.

While airborne geophysics have come a long way since then, the survey represented the last available data over the northern end of Bougainville Island, where Kalia recently secured the first of two exploration permits to be granted under a new mining act introduced by the now autonomous Bougainville Government.

Exploration and mining activities, which were centred on the fabulously rich Panguna mine on the south of the island, froze when civil war erupted in 1988. The war ended a decade later, however the island has only just reopened for business with the introduction of the new mining act.

Kalia reported this week that it had engaged Fathom Geophysics to complete the reprocessing of the 1986 Mt Tore survey.

Modern filtering methods have generated far superior results compared to the original outputs and have highlighted geophysical anomalies comparable to some of the world’s greatest porphyry copper deposits, including Freeport’s McMoRan’s Grasberg mine and Newmont’s Bata Hijau mine according to Kalia.

The strongest anomaly is a large, circular magnetic response, which is within a highly anomalous zone of geochemistry identified in a 1989 field survey by Dr Rick Rogerson for the PNG Geological Survey.

Kalia says the reprocessing of the data elevates the status of their lease from a greenfields project.

In a market update this week Kalia said: “The target priority work when coupled with anomalisms from geochemistry and geology has identified a number of priority locations that will be the focus of initial fieldwork that has already commenced, with real opportunities for early success.”

Significantly, the 1986 airborne geophysics covers only 20% of Kalia’s new licence areas and most of Bougainville Island remained unexplored, even after the Panguna discovery.

Undeterred by the challenge and inspired by the opportunity, Kalia’s largest shareholder and mining entreprenuer, Nik Zuks, has been travelling back and forth to the Pacific island for a number of years assisting the customary land owners to prepare for the new Bouganville mining act. The act was inspired by the pro-mining and anti-corruption stance of the President of Bougainville, John Momis.

The new mining act makes a fundamental change by vesting all of the mineral rights below ground into the hands of the customary land holders. Anybody wishing to mine on Bougainville under the new mining regime must henceforth first come to an agreement with the locals.

Kalia is the earliest mover in Bouganville as the island once again seeks to support its people by exposing its amazing mineral riches to the world.