Boom in Botox for businessmen

The cosmetic medicine industry continues to grow with the help of a sharp rise in male clients receiving Botox. 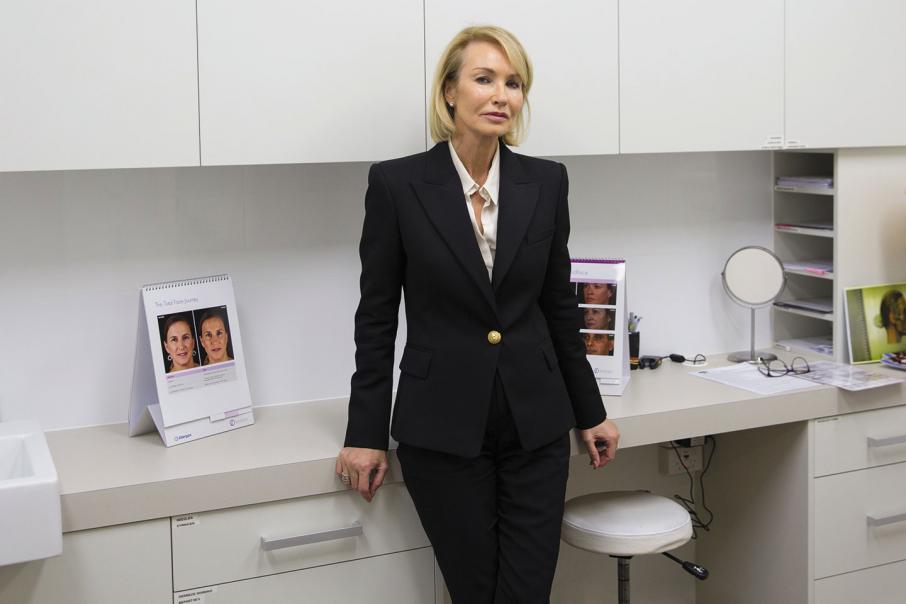 Stephanie Murray says there’s been a 42 per cent increase in male clients for her service. Photo: Attila Csaszar

If proof were needed to show continued exposure to peripheral forms of social behaviour leads to their adoption by the mainstream, then the uptake of cosmetic medicine is it.

Not too many years ago, social media celebrities were making news for their obsession with their looks, and for their surgical and cosmetic interventions to ensure their next ‘selfie’ portrayed them as they wanted to be seen.

Now, as the relationship between business and social media evolves, cosmetic medicine industry experts are reporting an emerging trend they call ‘businessmen-Botox’.

Ms Murray said Absolute Cosmetic had recorded a 42 per cent increase in the number of males receiving injectables compared with the previous 12 months.

“There has been an escalating interest with men for probably the last three or four years,” Ms Murray told Business News.

“There have been two significant themes that have happened (to cause the increase) – economically we’ve had the GFC, so the working environment has become a lot more competitive now, and we’ve also got the impact of social media,” she said.

“Everyone is photographed now so men are becoming increasingly aware of how they appear photographically; they’re aware that if they just do a little bit of maintenance they’re a step ahead of competitors.”

Ms Murray said that fillers, for frown line prevention, and chin-sculpting using fat dissolving technology were key areas of focus for men who wanted to present well and not look worried during the economic slowdown.

However, it’s not just businessmen who have upped the Botox intake for males across Western Australia.

Ms Murray said miners were another major contributor to the trend.

“Miners up north do a lot of injectables because as a side effect they stop sweating,” she said

“So if they’re under a hard hat, they’ll do injectables.”

But despite this increase in interest from males, Ms Murray said women, who still account for approximately 70 per cent of Absolute Cosmetic’s clients, are a growing segment too.

“We’re living in an era of the Kardashians and the Jenners, so it’s an increasing trend across the board,” she said.

She said young people in particular represented a growing market.

“Skin’s a big topical issue because they (want to) like the way their skin looks if they’re photographing.

“I can’t tell you how many people come in and say, ‘I took a selfie and I just don’t like what I see,’ and they want to fine-tune it.”

This is good news for the cosmetic medicine industry, which is currently worth approximately $100 million in Western Australia, according to Absolute Cosmetic Medicine.

In 2016, Absolute Cosmetic added Joondalup as a full-time clinic to its two other clinics, in Nedlands and Ellenbrook. This added to nine clinics owned by other businesses where Absolute Cosmetic operates part-time, including a recent partnership with Maurice Meade in Morley.

Ms Murray said Absolute Cosmetic Medicine planned to open another full-time clinic in the near future and branch out into wellness, given the industry’s rising popularity.

Through the wellness division, the company would be targeting overall nutrition and health, in addition to new trends in cosmetic medicine.

“We’re always looking at what’s new and available product-wise and where they sit in the marketplace,” Ms Murray said.

“I think the biggest thing we haven’t seen yet is skin tightening.

“So anyone who makes anything that really contributes to skin tightening and cellulite (externally), they’ll just kill it.”