Western Australia’s nickel miners are celebrating a classic supply-side surprise, which has driven the price of their metal sharply higher; but the same Indonesian government ban on the export of unprocessed nickel ore could soon do the same way for another WA specialty – bauxite. 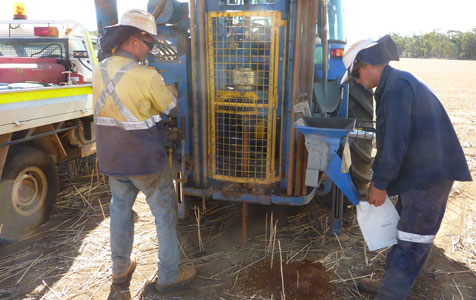 Western Australia’s nickel miners are celebrating a classic supply-side surprise, which has driven the price of their metal sharply higher; but the same Indonesian government ban on the export of unprocessed nickel ore could soon do the same way for another WA specialty – bauxite.

The lure of what were once high profit margins from converting bauxite-to-alumina-to-aluminium has created a bizarrely distorted industry thanks to the extremely high energy demands in both processing stages, particularly the electricity used to make aluminum, a metal also nick-named ‘congealed electricity’.

China, thanks to its strong demand for aluminium, has invested heavily in metal-producing smelters, as have Middle East petroleum producing countries, which have used excess gas to generate vast amounts of cheap electricity for their aluminium smelters, ensuring a chronic and market damaging oversupply of the metal.

The problem for both China and the Middle East is that they lack the essential raw material that goes in at the front end of the aluminium-making process – bauxite –relying heavily on imported ore, particularly from Indonesia.

That game started to change earlier this year with the Indonesian ban on unprocessed ore, first catching out the steel mills of Asia, which had been using its low-grade ores as a cheap source of nickel for the production of stainless steel.

The Indonesia supply-side surprise, which triggered a powerful rebound in the nickel price and could be signaling the start of higher prices for a number of other minerals, is reminiscent of a supply surprise in 1966 during which Canadian miners launched a long-term strike that led directly to the development of the Kambalda-based nickel industry – and the birth of the modern WA mining sector.

There’s a long way to go before a comparison with the heady days of the Kambalda and Poseidon nickel boom can be drawn, but it is often the case that a sudden squeeze on the supply of a raw material leads to dramatic change.

Bauxite, despite its unlovely appearance and abundant supply along WA’s Darling Range, is starting to feel the first beneficial effects of the Indonesian ban on unprocessed ore.

The price response has not been as spectacular as nickel, which is up by 46 per cent from $US6 a pound in January to its current price of $US8.78/lb – a jump that explains why some of WA’s nickel producers have enjoyed a 50 per cent boost to their share prices, and why BHP Billiton is using the supply-side surprise to put its Kambalda-based Nickel West business up for sale.

The time for a similar bauxite revival might not be far away, and despite a lack of reaction so far among the handful of small, potential, bauxite producers on the stock market, there is an interesting shift under way in one of the world’s biggest producers of bauxite, alumina and aluminium – Rio Tinto.

In a recent research report, Deutsche Bank made special reference to the recovery evident in Rio Tinto’s aluminium division, singling out the rapid rise in the profit margin from selling bauxite, which was catching up with alumina and aluminium production.

In other words, the basic business of ‘dig and deliver’, which Rio Tinto does well in its Pilbara iron ore operations, is becoming the sector leader in its aluminium operation thanks to the squeezed price caused by excess metal output in the Middle East and China and the need for refineries and smelters in those regions to find a source of bauxite to replace what used to come from Indonesia.

Because it is not as widely traded as iron ore, and because the price varies with ore grade and impurities (much like iron ore) there is not a single price for bauxite, though recent investment bank reports indicate the price has started to move higher, adding $US10 a tonne (20 per cent) since January to sell for around $US60/t.

Apart from Rio Tinto, the companies that stand to benefit from a sustained recovery in the bauxite price include a number of small explorers keen to start exporting, including a Darling Range specialist Bauxite Resources, and Australian Bauxite, a stock with Queensland and Tasmanian interests.

What makes Australian Bauxite interesting is that it is chaired by a former Australian treasurer John Dawkins, and appears to be getting close to a production start-up.

What makes Bauxite Resources interesting is that this week it became the subject of an attempted management spill led by activist investor Farooq Khan.

Bauxite Resources, which wants to export its Darling Range material from Kwinana, is also interesting because it has $42 million of cash in the bank, a handy pile that is significantly more than the company’s current stock market value of $25 million.

Analysed any way, bauxite and the local companies with an interest in the material seem set for a ride as interesting as the one nickel miners are enjoying courtesy of the Indonesian supply surprise, which might be short-lived or could be the start of a permanent change in market conditions.