India looms as a possible economic saviour for Australia as Chinese growth plateaus. 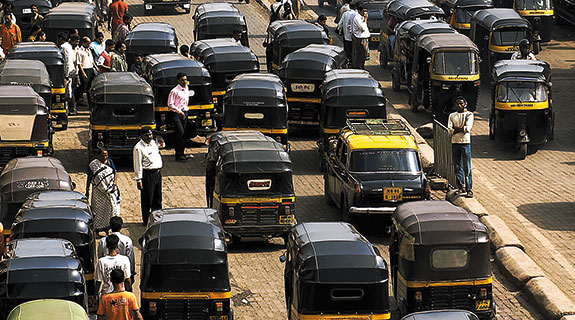 India looms as a possible economic saviour for Australia as Chinese growth plateaus.

China's role as the world’s economic driver might, with a bit of luck and a stiff following breeze, be taken over by India – saving Australia from deep recession in the process.

Anyone familiar with India will have doubts about that prediction, but they are probably the same people who in 2001 doubted that China would go on the commodity-intensive growth spurt that has powered the Australian economy for the past 14 years.

The choice of 2001 as the year of doubt about China is the important point in those opening remarks for two reasons; it is the year when Chinese growth started to accelerate, and it is the year that an analyst at investment bank Goldman Sachs coined the acronym, BRIC.

Jim O’Neill was the Goldman Sachs man who first suggested that Brazil, Russia, India and China (referred to as the BRIC countries) were emerging markets capable to generating high investment returns.

Good for a while, the BRIC forecast has not lasted, with Brazil collapsing into a typical South American farce, Russia retreating to its corrupt Soviet roots, India failing to even get going, and China hitting a growth ceiling.

So if the BRIC phenomena lasted little more than a decade, why would anyone believe that another member of the four is on the verge of emulating China’s growth surge, potentially reigniting demand for Australia’s exports of minerals and fuels?

The answer is that Goldman Sachs is starting to get excited about India under its new gung-ho prime minister, Narendra Modi, and his growth-at-all-costs policies.

In a report written last week, after the unveiling of the Indian government’s budget, Goldman Sachs described India as being “in a sweet spot” with India likely to grow at a faster rate than China during the next 12 months.

It might be drawing a long bow but it is likely that Goldman Sachs was making similarly optimistic predictions about China in 2001, when that country’s government unleashed a spending spree involving the building of roads, railways, ports and high-rise construction that quickly absorbed the lion’s share of the world’s commodities.

Can India replicate the Chinese boom, and can it do it without ending in a debt crisis, which is dragging China down in the same way the US was almost brought to its knees in 2008?

Fingers crossed that India can do a China, though perhaps at a slower pace that will last longer.

Despite a poor experience so far for Australia in its business dealings with India, here and there, the seeds sown in last week’s budget are encouraging; with one item standing out as a replica of what China did at the start of its rocket run into double-digit annual growth.

Roads, one of the weakest of India’s many weak links, have been singled out in the Indian budget, with government contracts being awarded for 5,500 kilometres of new highways this year, with another 28 infrastructure projects being undertaken, including five big (4,000 megawatt) power stations to boost electricity supply.

The net result of the Indian government spending on infrastructure, as well as undertaking other structural reforms, and cracking down on corruption in a similar fashion to China (with 10-year jail terms rather than the death penalty for crooks) is being seen as the start of a sign significant Indian revival.

“Ultimately, the bullish case for India rests of two pillars,” Goldman Sachs said. “Its favourable demographics (young English-speaking population), and the scope for catch-up from a very low base in investment, infrastructure and productivity.

“India has transitioned itself from one of the most fragile economies in emerging markets in 2013 to one that is currently receiving significant capital inflows.

“We are optimistic on the outlook for 2015-16, given that a cyclical recovery has begun, macro imbalances have been reduced, we expect the external environment to remain benign, particularly for oil, and structural reforms are in progress under the new government.”

INDIA’S promising resurgence is in stark contrast to China’s alarming decline, which is being felt directly in Western Australia as iron ore exporters struggle to cope with a collapsing price that is a direct result of declining demand for steel in China.

Cost cutting at the top end of the iron ore pecking order by leaders such as Rio Tinto and BHP Billiton is a sign that they do not expect a quick recovery in Chinese demand, which is, in turn, an ominous warning for small and high-cost miners.

Atlas, BC Iron and Mt Gibson are the companies most often mentioned as being in the firing line of China’s slowdown, but the falling price for iron ore will also be having a severe effect on bigger producers such as Fortescue Metals Group, as can be seen in its share price, and in the profitability of Gina Rinehart’s Roy Hill project.

Much of iron ore crunch is well understood. What’s not so well understood is that the deteriorating terms of trade are encouraging short-sellers of most big Australian companies, and the declining Australian dollar, which some traders now see as heading down into the US50 cent range.

India, if it can stick to its growth path, will not save the dollar from another lurch down, or save all iron ore exporters, but it could become a trading partner to one-day rival China.

ALCOA’S worldwide search for economies in its alumina and aluminium production chain has been seen by some observers as a warning sign for the refineries it runs in WA; however, exactly the opposite could be the case.

Already among the world’s most efficient producers of alumina, the three Alcoa refineries in WA should be major beneficiaries of the falling dollar just as the alumina price shows signs of recovering, according to a recent report by Macquarie Bank.

Rather than seeing Alcoa’s local associate, Alumina Ltd, as a stock to sell because of financial pressures, Macquarie reckons Alumina is a buy with the potential to rise from its recent price of $1.76 to $2.10 over the next 12 months.