Artemis back on gold trail at Purdy’s

Artemis Resources’ JV partner Novo Resources has shown that a highly prospective gold-bearing conglomerate unit strikes for at least 1.2km at the Purdy’s Reward project near Karratha. Recent field work has located fault structures and a distinctive mafic marker horizon that control the distribution of gold. The JV partners are presently diamond drilling at Purdy’s Reward and preparing to take bulk samples of the deposit. 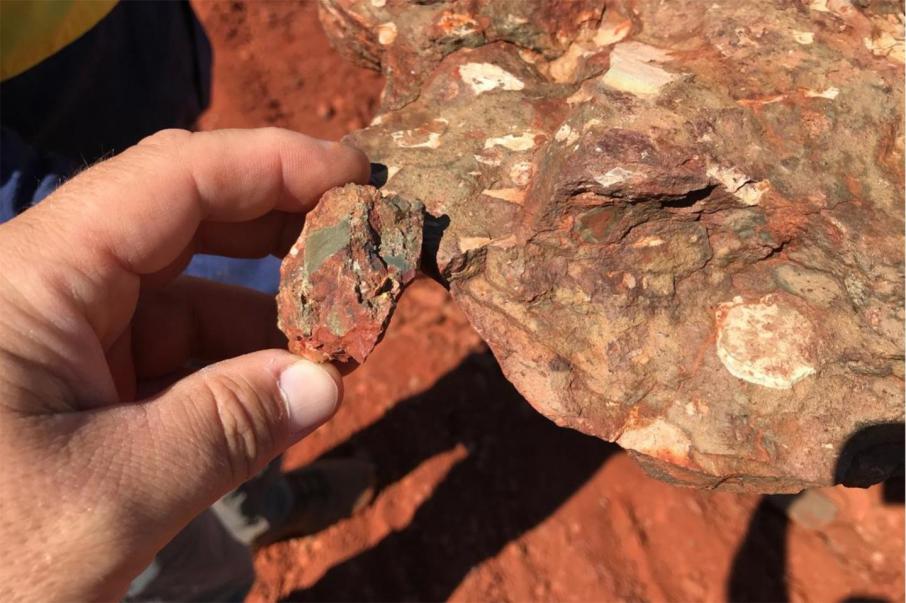 Artemis Resources’ 50/50 JV partner, the super successful Novo Resources has shown that a highly prospective gold-bearing conglomerate unit can be traced over a strike length of at least 1.2km at its Purdy’s Reward JV project, near Karratha in W.A.

Novo also confirmed that the geology continues for over 3.4km from Purdy’s Reward to the Comet Well project and is open in both directions, with a shallow south-easterly dip into the Fortescue Basin rock sequences.

Ground disturbing exploration has recommenced at Purdy’s Reward and diamond drilling is being undertaken along strike and down dip on the conglomerate, aimed at better defining the dimensions of the unit.

Recent structural interpretation of the area has identified a series of north-northeast trending faults, which control the location of the gold-bearing conglomerate, providing geologists with an important exploration model for the region.

According to Novo, the gold mineralised conglomerate is associated with a distinctive mafic volcanic tuff marker horizon, which enables ready identification of the targeted unit in the field.

Given the good lateral continuity of the gold-bearing unit and its shallow nature, both Artemis and Novo say that the region could become a major focus of larger-scale bulk sampling gold extraction in the future.

Artemis Executive Director Ed Mead said: “The geological and structural understanding of the Comet Well to Purdy’s Reward conglomerate gold trend has significantly advanced since exploration started. With bulk sampling techniques streamlined by Novo over the past months at Comet Well, Artemis looks forward to improved turnaround times for assays from Purdy’s Reward.”

The diamond drilling phase underway is quite critical to the project’s success and given the very nuggetty nature of the deposit, significant bulk sampling will also be required to assess the grade distribution through the gold-bearing conglomerate.

Ultimately, the companies are aiming to generate enough geological and grade data for the gold occurrences between Purdy’s Reward and Comet Well to provide for a representative resource estimate of the mineralisation.

A feasibility study will then most likely be undertaken to ascertain the economics of commencing a bulk mining operation at the project.

One thing is clear however, the hunt for conglomerate style detrital gold mineralisation is just starting to heat up in the Pilbara.

Market competitors will no doubt be looking on with great interest to see what Artemis and Novo manage to achieve at this most intriguing of projects.