AVZ Minerals is set to expand its lithium resource at its Manono project in the DRC with drilling below the current pit floor delivering an incredible 279.2 metre intercept grading 1.45 per cent lithium oxide from only 24.06m down-hole. With lithium companies currently enjoying a resurgence, AVZ continues to show that it may well have the biggest and best undeveloped lithium deposit in the world today. 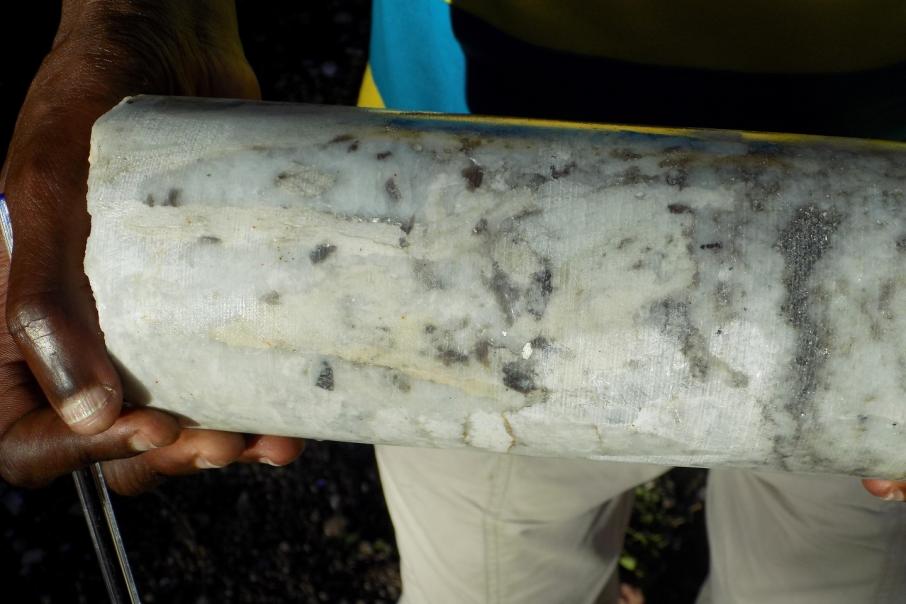 AVZ Minerals is set to expand its lithium resource at its Manono project in the DRC with drilling below the current pit floor delivering an incredible 279.2 metre intercept grading 1.45 per cent lithium oxide from only 24.06m down-hole. With lithium companies currently enjoying a resurgence, AVZ continues to show that it may well have the biggest and best undeveloped lithium deposit in the world today.

Curiously, the recent 279m drill hole that also delivered 1,035 parts per million tin was drilled in a zone previously considered to be “waste rock”.

The company’s infill and extensional drilling forms part of its ongoing development program at Manono as AVZ races toward production. The recent drill program consisted of four diamond holes across the floor of the previously inaccessible Roche Dure open pit, which was historically mined for its rich endowment of tin mineralisation.

The delineation of broad zones of lithium mineralisation directly below the existing pit floor demonstrates that the Roche Dure body extends to surface, with the increased tonnage of lithium mineralisation likely to have a dramatic impact on the economics of the developing operation. The sheer scale of the recently delineated ore positions may even deliver a raft of benefits including an increase in mineable resources and reserves, reduction in stripping ratios of ore to waste, extending mine life and increased cashflow.

AVZ Minerals Managing Director, Nigel Ferguson said: “These drilling results, combined with the pit floor mapping, confirm the pit floor “wedge” is in fact made up of pegmatitic rock that historically was mined as tin-bearing feedstock.”“This area had previously been categorised as waste material in our current mining and financial model due to a lack of drilling data and under our current model, is pre-stripped as waste before ore can be sent to the processing plant.”

“These positive drill results unequivocally demonstrate this is not the case and this material may be remodelled with increased confidence as revenue generating ore once all of the assay results are returned.”

The Manono lithium-tin project is located within the Democratic Republic of Congo in central Africa. The project already boasts an immense, high-grade open pit resource of 400 million tonnes grading an imposing 1.65 per cent lithium oxide, however this figure now looks set to grow as the company extends its drilling program across the broad envelope around the Roche Dure deposit.

AVZ published its DFS for the project in 2020 which revealed an impressive set of numbers including a minimum 20-year mine life, a A$3.25 billion Net Present Value and an astonishing A$515 million annual EBITDA.

The company has recently raised additional capital to fund its pre-mining activities, with the current work including environmental and social impact assessments, geotechnical studies and the completion of the mine and construction camps as AVZ looks to make a final investment decision over the project – a task that does not look that difficult to achieve.

With drilling across the pit floor at Roche Dure coming up trumps and the lithium price taking off in recent weeks, AVZ may soon push the button on the development of Manono which is rapidly climbing the ranks and firmly taking its place as one of the world’s largest hard-rock lithium deposits.