The consumer watchdog is probing Woodside Petroleum's $US2.75 billion purchase of oil and gas assets from US energy company Apache, over concerns the deal could affect the supply of wholesale gas in the Western Australian market and lead to higher gas prices. 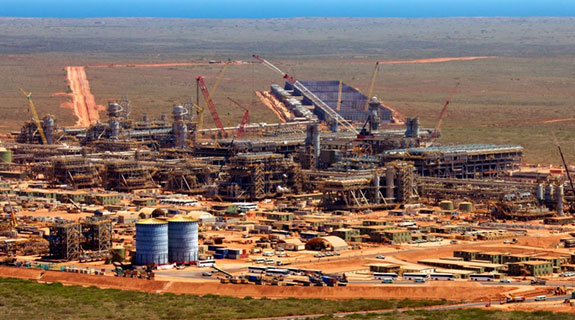 The consumer watchdog is probing Woodside Petroleum's $US2.75 billion purchase of oil and gas assets from US energy company Apache, over concerns the deal could affect the supply of wholesale gas in the WA market and lead to higher gas prices.

Woodside announced in December its purchase of Apache Corporation's stakes in three projects, including the Chevron-operated Wheatstone venture, which is currently under construction near Onslow.

The Wheatstone project is primarily focused on production of liquefied natural gas (LNG) for export markets, but it will also become a supplier of domestic gas for local industy.

The Woodside-operated North West Shelf venture is the dominant supplier of domestic gas in the WA market; it currently supplies about 520TJ per day, just over half the total supply to the domestic market.

Its major competition comes from Apache-owned assets that were not included in the sale, notably its Devil Creek and Varanus Island gas plants.

Chevron’s Gorgon gas project includes a 300TJ per day gas plant for the domestic market, and is due to start supplying local customers by 2015.

That will be followed by the Wheatstone gas project, which will be able to supply up to 200TJ per day to the domestic market from 2018.

The Australian Competition and Consumer Commission has sent a letter to interested parties, seeking feedback on the possible implications of the Woodside-Santos deal.

It is seeking feedback on whether Woodside and Apache compete closely and whether the deal will affect wholesale gas prices and production in WA.

Feedback it receives will not be made public.

The ACCC has asked interested parties to comment on the extent to which Woodside would have the ability and/or the incentive, following the proposed acquisition, to affect the price at which domestic gas is supplied; or the quantity of domestic gas supplied, by the North West Shelf project, the Wheatstone project, or any other joint ventures in which it participates.

In addressing this question, the ACCC said there was a major change underway in how Woodside supplies the domestic market.

Woodside operates the North West Shelf project on behalf of both joint ventures.

"The ACCC understands that due to the fact that the DGJV has fully contracted its domestic gas production entitlement under existing contracts, any future sales of North West Shelf Project domestic gas are likely to be made by the IPGJV," it said in a statement.

The ACCC probe comes ahead of a review of the joint marketing arrangements that apply to NWS gas.

The DomGas alliance, which represents local buyers of gas, has argued that the six joint venture partners in the NWS venture should market their gas separately, on the basis this would lift competition in the domestic market.

The last ACCC review of the joint marketing activities for the sale of domgas from the NWS in 2010 said separate marketing of domgas did not appear to be commercially feasible and attempting to separately market incremental volumes was likely to result in additional commercial risk to the six proponents.

The ACCC said increased risks and costs could potentially lead to less domgas being supplied from the NWS project than would otherwise be the case under joint marketing because of the possible deferral or withdrawal of planned investments in future volumes.

However, it said continuing this arrangement post December 31, 2015 would not be in the public interest and 2015 was a sensible time to review whether it is commercially viable for domgas in WA to be separately marketed.

The ACCC highlighted that given the maturity of the NWS project, domgas sales agreements are expected to be for incremental volumes only.